The flora and fauna in the Arusha National Park varies with the topography, which ranges from forest to swamp. The park consists of mountain areas combined with rainforests and lakes. It is a paradise for bird watchers.

is covering 137 sq km and lies between the peaks of Mountain Kilimanjaro and Mount Meru and ascends from 1500 meters at Momella to 4566 meters at the summit of Mount Meru. Established in 1960 the park had contained only Ngurdoto Crater and Momella lakes, until 1967 when Mt. Meru was made part of the Park.
The flora and fauna varies with the topography, which ranges from forest to swamp. The best time for visiting is during the dry season from July-March. The best months to climb Mount Meru are June-February (although there are some rains in November). On clear days magnificent views of Mount Kilimanjaro and Mt. Meru can be seen from almost any part of the park. The best views of Mt. Kilimanjaro are from December to February.

The Park contains a diverse resident population of herbivores, primates and predators including black and white colobus monkeys, baboons, elephants, giraffes, buffalos, hippos, leopards, hyenas, waterbucks, warthogs and a wide range of antelope species. No lions in the park although you can see leopards if you are lucky. Arusha Safari Park is famous for its 400 species of bird life, both migrant and resident such as red sharks, hamerkops, spurwinged gooses, herons, woodpeckers, grey parrots, secretary birds and many more. The Momela Lakes offer plenty of bird watching opportunities.

If you wish to walk on the slopes of Mount Meru  or even climb to the top (Socialist Peak, 4566 m) you will pass through a variety of landscapes, plains, forest moorlands, and a lava desert. It is compulsory to be accompanied by an armed game warden because the wild animals. From the summit of Mount Meru you will have an impressive view of the crater and of the eruption cone 3000 meters below . 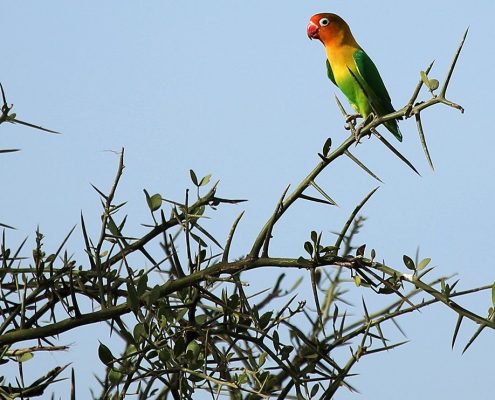 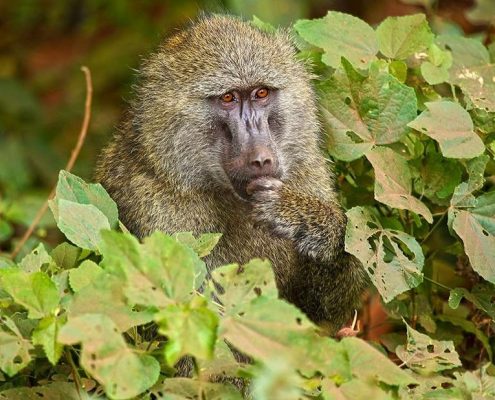 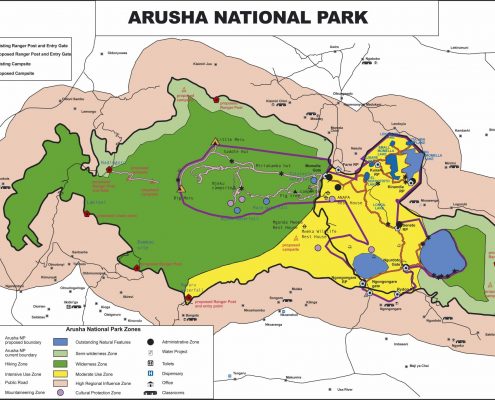 Interested to see itineraries that include Arusha Safari park? 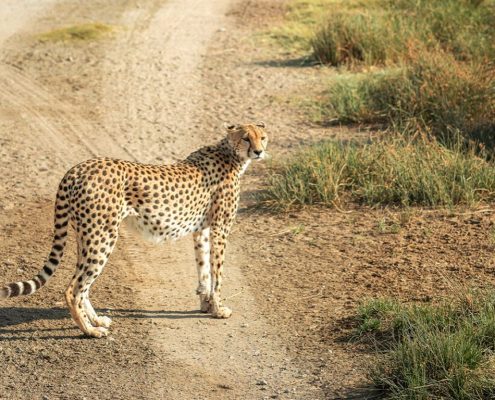 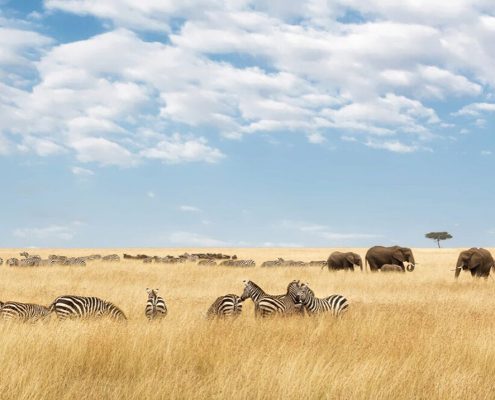